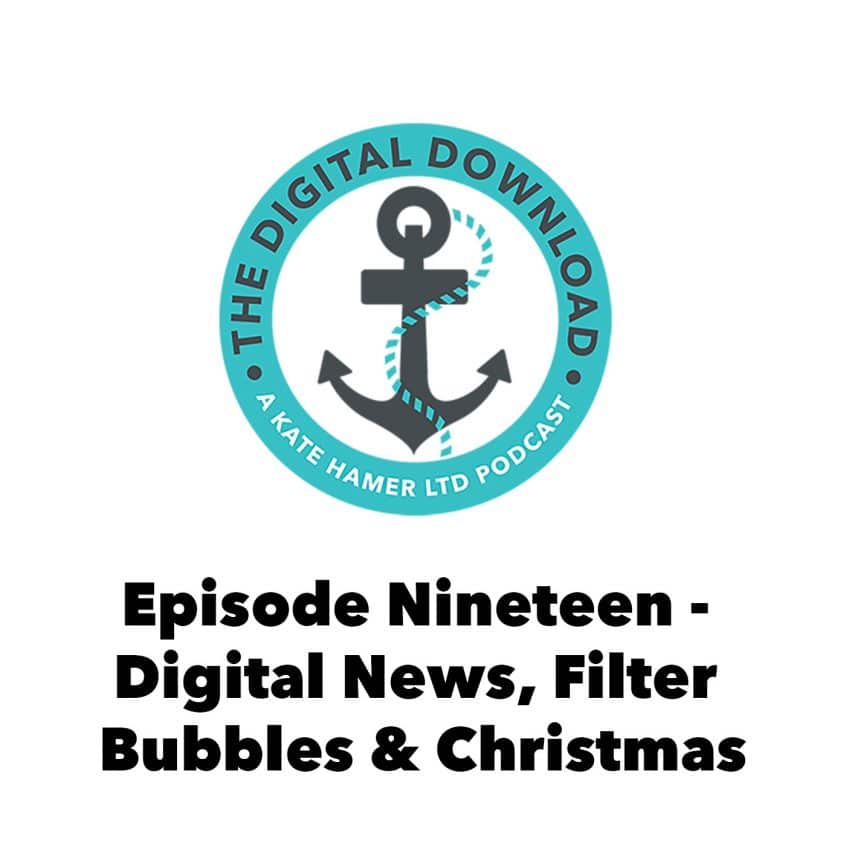 It’s another bumper addition after a two week break. Kate discusses developments to advertising for Facebook Messenger bots, new features for instagram stories, the future of Vine, the launch of Snap Inc’s Spectacles and more. She looks at the impact social media had on expectations of the outcome of the Presidential Election. Finally she reviews some of the latest Christmas advertising campaigns and ends with a piece by Jerry Daykin on digital disruptors becoming more traditional in their approach.

Digital Ad industry growth is driven by Facebook and Google

.@iab it does seem relevant to note when you back out Facebook and Google, the digital ad industry actually shrunk in 1st half. #unhealthy pic.twitter.com/x0gRXWz6XT

Find your nearest Snapbot for Spectacles

The Presidential Election & the Filter Bubble

Proof that advertising people are not like normal consumers…this time from @AdNews and election night. pic.twitter.com/0jhbTd0L0q

Christmas brings cheer from near and far and that is something to celebrate! Introducing the 2016 #RedCups designed by people around the 🌍! pic.twitter.com/0U2DiRsJJb

#ENG, #NIR and #WAL have a message for their fans! #GetINhttps://t.co/C9hnDCY1Lw

Head over to Snapchat today to transform into #BusterTheBoxer pic.twitter.com/EyG1c40fBd