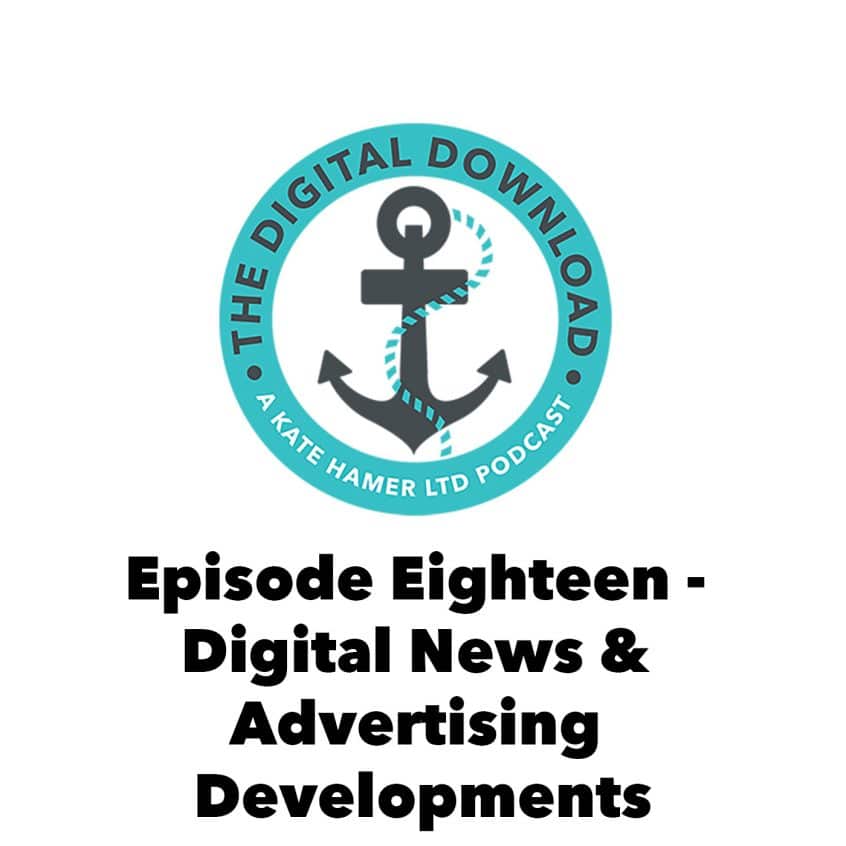 This week Kate reviews the last two weeks’ digital news including the launch of Facebook Blueprint, Facebook’s focus on streaming, Twitter’s Quarterly earnings, the closure of Vine and some interesting stats on Pinterest. She also discusses advertising and how it is changing digitally, particularly on Social Media.

LIVE on #Periscope: Update to the Periscope VIP program and meet Annie! https://t.co/QQwP3UoSpG

Gartner’s Predictions for IT Organisations

Really not sure about these. Discuss pic.twitter.com/d0STFOxgIM

Uber and the classification of self-employed

Welcome @NHS!
Each week a new patient or member of NHS staff will share their experiences live.
Follow now to catch the first updates https://t.co/kibajCQZS7

You’re on Twitter
Your ❤️ stops
You go into cardiac arrest

❤️ this Tweet to see what happens next. #RestartAHeart

Give Blood NHS and the MOBO Awards